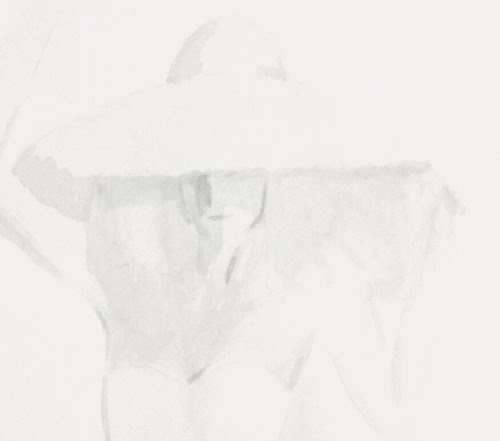 As the sun beat down on her now glistening bronzed legs, Elizabeth Nash did not have a care in the world. The organised chaos which always surrounded her at The Comet had been left behind. This was the first break she had taken since buying the local paper last year; having created a new life, she needed time to reflect. With only one day of her holiday left Elizabeth was determined to relax.
Two weeks ago The Comet’s Deputy Editor, Rosemary Reed, had joyfully waved goodbye to Elizabeth and was not entirely relishing her return. Rosemary liked to think that during Elizabeth’s absence The Comet had shown more integrity in its reporting of local affairs. Instead of packing the editions with crime stories Rosemary had opted, against the strictest orders, to report on what she termed ‘human interest stories’. Even worse, she had transformed the editorial from critical to compassionate. Rather than reporting the news, the temporary transformation of the paper had become the news. Most locals were wondering what the fallout would be once Elizabeth returned.
Glancing at her reflection for the last time, Elizabeth snapped shut her compact. The ‘Fasten Seatbelts’ sign signalling her descent back into the real world. Having been fast tracked through passport control, Elizabeth Nash scanned the terminal for her eldest son, William. At 6’4" he should have been hard to miss. It would be typical of him to be late she thought. William seemed to believe that being a successful businessman entitled him to be inconsiderate, even to his own mother; mother and son were alike in many ways.
‘Liz! I’m over here.’ Only one person on the planet was foolhardy enough to refer to her as ‘Liz’.
‘Richard how disappointing, I was expecting my son,’ she said irritated.
‘Our son darling,’ corrected Richard’s annoyingly cheerful voice. ‘Will asked me to collect you there’s some celebrity bash at the club tonight.’
‘Just take the trolley Richard, I want to get home.’

‘Good it’s great to have you back,’ Richard replied eagerly as he forged ahead with the trolley. ‘You know very well I mean my home in the country, not the London house,’ was her stern response.

Perhaps spending Sunday evening reading through the last two issues of The Comet, whilst having a manicure, was a mistake. By the time her manicurist had left and Elizabeth’s nails were dry she had determined to use them to claw out Rosemary’s eyes first thing tomorrow morning. Between now and then she would uncover a real story to inject some interest back into the next issue. For Elizabeth a story was only newsworthy if it included the transgression of at least one of the Ten Commandments. Her years in Fleet Street had given her an appetite for scandal, a hunger not often satisfied in Letchmore.
A phone call to her youngest son, James, should turn up some sinister act which would suffice; cutting the maternal chit chat Elizabeth probed, ‘How’s work been?’ James did not need to call on his police training to know what his mother was up to. ‘Mother unless you want to run an exclusive on stolen bikes or graffiti at The Heritage Museum I have nothing for you.’ Elizabeth’s youngest son, Sergeant James Nash, was usually a reluctant but safe bet for a half good story. More than once he'd revealed more information than ought: if she could get used to life in Letchmore perhaps she could severe her links with her previous life altogether. ‘Great, looks like whilst I was on holiday so were the criminals.’ What did she expect: cabinet corruption; gangland reprisals? She had ended that life and she knew why, but now she had, she wasn’t sure she could walk away. A disappointed Elizabeth meant things would be even worse for her Deputy Editor in the morning.
‘Affordable Housing for All or Aesthetics,’ screeched Elizabeth as she thrust the latest issue of The Comet under Rosemary’s round and now rather flustered face. After a year of working with, or under, Elizabeth she knew any attempt at self-defence was utterly useless. Rosemary would nod, apologise and then play her ace card. If there was one thing which interested Elizabeth as much as work it was acquiring the perfect house. Elizabeth's campaign against the expansion of The Garden City was, at least in part, due to the impact it might have on property prices.
Gradually, Elizabeth’s anger turned to annoyance and Rosemary knew it was time. This week’s property supplement was placed very satisfyingly onto Elizabeth’s well ordered desk. ‘The Ice Cream House,’ exclaimed an excited Elizabeth, momentarily allowing her sophisticated manner to slip. The front page of the supplement featured a property for auction which had occupied a place in Elizabeth’s dreams since childhood. As one of the most distinctive houses in the world’s first Garden City, everyone knew 52 Church Lane: the unique villa with its Neapolitan colour scheme was loved and hated in equal measure. Whilst Elizabeth's adult life had been spent in London, her childhood had slipped by in Letchmore. Passing this house as she walked to and from school everyday, Elizabeth knew it affectionately as The Ice Cream House. To a girl who dreamt of escape it symbolised summer, hope, frivolity and above all luxury. Contented with her diversionary tactics Rosemary turned to leave, Elizabeth was already reaching for the telephone receiver to dial the estate agent.
Leaving her four reporters to deal with the regular features Elizabeth decided to drive through Letchmore looking for any hint of a story. A broken window, new graffiti on the council estate or a business closed during opening hours may all signal some scandal or newsworthy gossip. If this failed she would try her younger sister, Lynette worked at Accident and Emergency in a nearby town. Inevitably on route she would have to drive past Church Lane, several times. Mrs. Nash, as she now was, decided that it was inappropriate to continue to call the property The Ice Cream House; she would attempt to cultivate an air of indifferent interest. Contemplating for a moment the obviously contradictory nature of the task she had set herself she decided to dig into the history of the house. 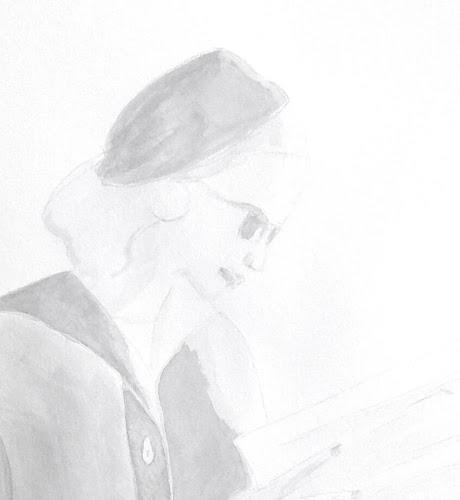 Letchmore Museum would have nothing on an individual house, and even she needed an appointment to get specific information from The Heritage Museum. Most people would have consulted the books on local history at the library. Elizabeth was more inclined to visit her local bookshop, she had not been in the library since childhood. Designed in 1993 by C.M. Crickmer, the same architect who was responsible for her humble, turn of the century labourer’s cottage, the library had been described as, ‘a symphony in golden oak and cream, relieved by touches of royal blue.’ This enchanting building remained unchanged forty years on when a young Elizabeth first entered its impressive interior. Retaining her childhood memory, Elizabeth did not want to taint this with the disappointment of the likely modernisation. Had she gone in she would have discovered that little had changed by the new millennium. 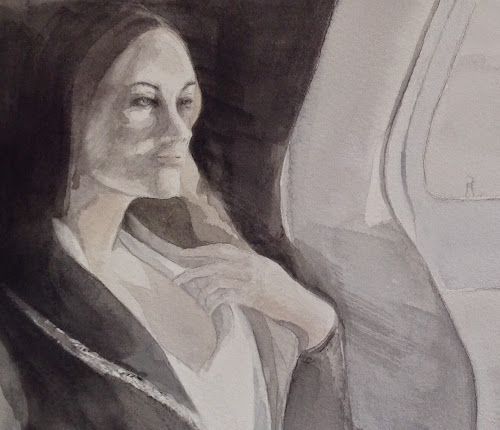 Approaching the reassuring frontage of David’s Bookshop, there were no sights or sounds here to affect Elizabeth’s peculiar sensibilities; no bold shop lighting, no garish displays of stock and no chavish customIers. The thought suddenly struck her that as a child she had never dared venture into David’s Bookshop; what did this mean? Had her family been of the type she now so despised? Catching her pristine reflection in the little panes of door glass this thought was hastily dismissed.

Satisfyingly, the bookshelves housed exactly what she was after. There were five books which contained references to the house, or at least pictures which must suggest further reference in the text itself. Elizabeth could have examined the books more closely to work out which would be most useful, thus preventing the duplication of information; as always consideration, compromise and caution were all alien concepts to her. Purchasing all five books she noticed that the property also featured as one of The Letchmore Centenary Postcards displayed behind the counter, ‘Ebenezer, could I also have that postcard of Church Lane?’ Fortunately, although Ebenezer was a prominent local figure and seemed an eternal font of the town’s knowledge he never pried into his customers’ reading habits. Had such discretion not been his manner he would surely have asked why The Comet’s proprietor was clearing his shelves of local history books. Instead he commented on the postcard. ‘Lovely house that, shame about what’s happened to them.’

Whilst attempting indifference Elizabeth began to probe. ‘I noticed it was up for auction, they must have lived there for nearly forty years, are they moving to a smaller property?’

‘He drowned, she’s in hospital,’ came the uncharacteristically cold response from Ebenezer. 'That's awful,' Elizabeth replied: at last she had her story.

'He'd probably had a bit to drink; how'd you drown in your own bath?'

'He died in the house, I assumed you meant the pool.'

'It's his wife I feel sorry for: all those years living with him.' Ebenezer was making little attempt to hide his feelings. Elizabeth was now torn between the excitement of the story and the thought of buying a house someone had recently died in. By the time she reached her car she realised that all old houses must have had a death on site at sometime, besides such a macabre occurrence might keep the price down.

Walking across Howard Green in the afternoon sun Elizabeth wondered if she could ever leave her home on this quaint spot. The cottages which nestled around the green had a fairytale quality to them. Three sides of the green comprised of six cottages and each of the three was painted a different colour. The cottages on the right side were pink, at the back pale green and to the left pale blue; Elizabeth’s cottage occupied the far corner plot and was therefore pale green. Nestled in the top corner of the green her immaculate sitting room was south facing and enjoyed clear views of the green and the four allotments which ran along one side. Brushing past the lavender lined pathway to the side of her house, she interrupted the black squirrels which also called her garden home. Once inside practicality necessitated another call to the agent before tomorrow’s viewing; was the auction still going ahead following Mr Barker's death? She didn't want to waste her time viewing a property only for Mrs Barker to change her mind. Secretly she was hoping for a little more information. She got it: Mrs Barker was in Lister hospital with a dislocated shoulder having tried to pull her husband out of the bath.